In February, I visited Ho Chi Minh City. I arrived on the train at 4 am, after a two and a half day trip from Hanoi. I spent the day walking to and through Ben Thanh Market and then visited the Fine Arts Museum. By late afternoon, I was ready to check into my hotel and catch a quick nap before heading out for a food tour. 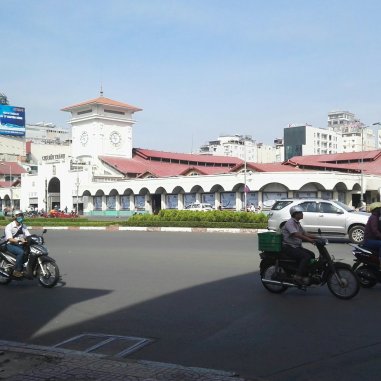 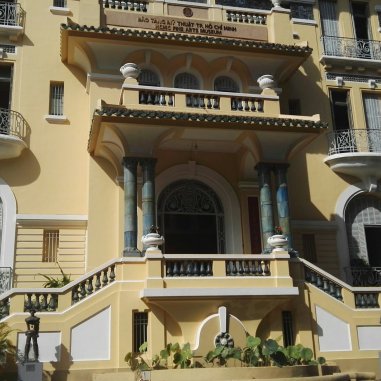 The Fine Arts Museum is a beautiful colonial building. Inside the gallery winds over several floors and across three buildings. It is a contrast to the fine arts museum in Hanoi, which is more modern. However, I spent several hours wandering through the galleries which included a selection of contemporary art. The museum cost 10,000 Vietnamese Dong and is open Tuesday through Sunday from 9am-5pm. There is a cafe on site where I stopped for lunch.

For the food tour, there was an option to travel on the back of a motorbike or to walk. I knew that walking would involve dodging bikes along the route. However, I was tired and wanted this experience to be at walking pace. Walking in Ho Chi Minh City is an experience in itself and does require you to be aware of what is going on around you.

At one point while we were walking my guide walked in front of me rather than on my outside nearest the road. A gentleman stopped us and reminded me to take care of my valuables in case someone tried to snatch them. I was aware that this was a risk. However, as in Hanoi, I felt safe walking and was not bothered at any time.

My guide was called Hòa, and he had tailored the tour to my request to avoid seafood. I explained that wherever we went to eat, I wanted just to eat a little to have sufficient room for a Beef noodle soup, Phở at the end of the tour!

I was picked up promptly at my hotel. We travelled by taxi to the start of the tour. All the while Hòa shared snippets of the culture and history associated with the development of Ho Chi Minh City.

We started the tour at one of the food markets and the phrase ‘feast for the eyes’, indeed applied to the stalls here. I sampled some fruits for the first time: milk apple, sapodilla, custard apple and Vietnamese jerry. All of these are sweet fruits. 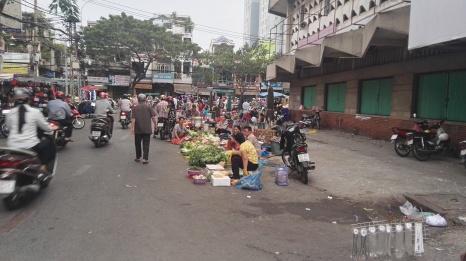 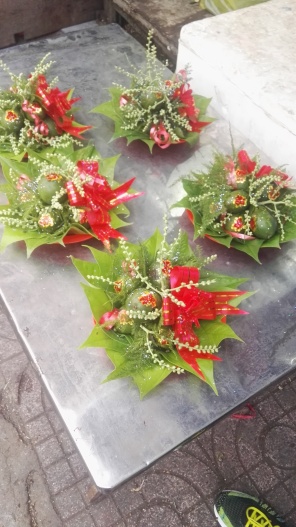 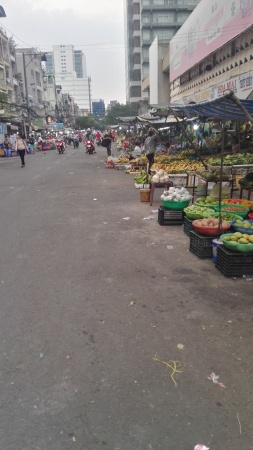 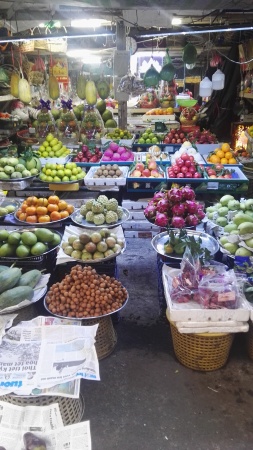 As we walked through the neighbourhoods, all the roads were teeming with food stands. One of the first that we passed was selling corn milk (Sua Ngo Sua Bap). Corn Milk blends sweetcorn kernels with condensed milk. The darker bottles that you can see in the photo have had poppy seeds added. It was a refreshing drink. We also passed stands selling pickled snake wine (Rượu rắn). The wine is supposed to have health benefits and improve virility in men.

We walked along skipping on and off the pavement and negotiating the endless stream of motorcycles beeping there way towards us. However, at walking speed, I had time to see the vendors at work and to notice stalls with numerous types of egg or rice for sale. 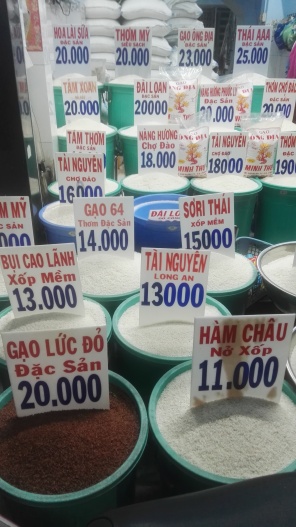 Our next stop to eat was at a stall selling the Bánh Mì sandwich. Bánh Mì is where Vietnamese and French colonial influences collide. The baguette is a mixture of meats, pate, pickles, vegetables and herbs. When you bite into it, there is an explosion of flavours. I found it difficult to pick out individual tastes. However, I could not wait to take my next bite! Bánh Mì is a cheap and favourite meal in Vietnam. I recommend you try it. If you are vegetarian, then ask for tofu instead of meat. 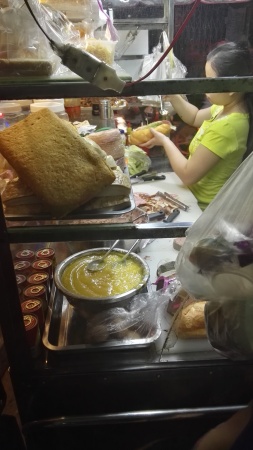 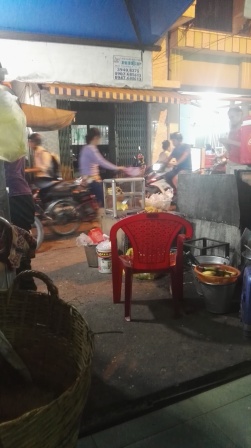 View from a food stall

Our next stop was at a bicycle stand serving Bột Chiên. A man his 80’s ran the bicycle stand. He had been making the dish for over 60 years. Despite my protestations that I only wanted a small amount, I received a portion large enough for two! I indicated that it was too much for one. When a couple came to the stand, he gave them the same amount as he had given me to share. I did not want to waste the food, and neither did he. 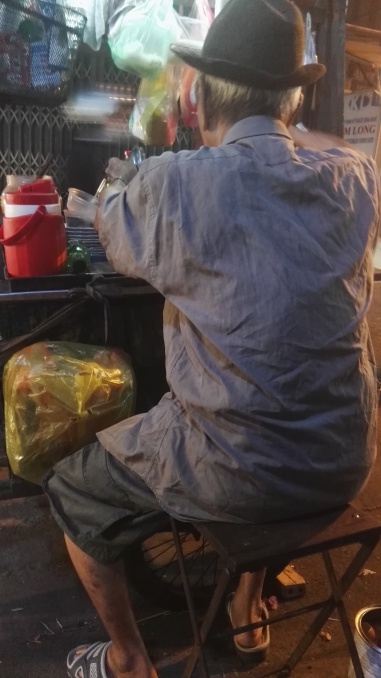 After a walk, we stopped for two more meals. The first was BBQ Beef roll with betal leaf and then finally a Beef Noodle soup or Phở. By asking for small portions I managed to eat both, of these, and the Phở was delicious. As we waited for the taxi to take me back to my hotel, I had a small dessert of an eggshell filled with a creme caramel custard. I was full.

My guide provided an excellent tour. I was happy. And it had been tailored to my needs. On the way back to the hotel we passed the restaurant where we would have gone if I had wanted seafood. It looked lovely. I was happy to have eaten at smaller street stalls.

I liked that my guide listened to me when I said that I did not want to eat large portions. I do not like to waste food. It was clear I could not eat everything suggested. I think it was also clear that the street vendors did not want to see dishes unfinished. I explained that I had had enough. There was no sense that the tour lost any of its value. In this case less was more regarding my enjoyment.

This site uses Akismet to reduce spam. Learn how your comment data is processed.